Was Yesterday's Rain Enough to Save the Corn Crop? 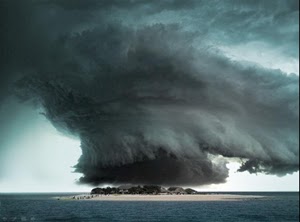 Yesterday, we finally received significant rainfall (approximately 1 to 3 inches) in southern Wisconsin. Although a little late for some fields, it will relieve the stress long enough for some fields to complete pollination. Today I have been asked quite often, "Is this rain enough to save the corn crop?"


On July 21, 2005, I published an article called the "The Million Dollar Rain." During the 2005 growing season, we encountered a very similar weather pattern to what we have seen so far in 2012. In 2005, we were dry until July 20. In 2012, we were dry until July 19, although it is a leap year. During 2005 and after that "Million Dollar" rain, we received about one inch of rain per week and ended with a record yielding year.


Water is supplied to the plant by three sources: 1) stored soil water, 2) rainfall, and 3) irrigation, where available. Corn fields require 20 to 24 inches (543,086 to 651,703 gallons of water per acre) of water to yield 150 to 200 bushels per acre. About two inches of water is held in every foot of soil. Corn roots can grow five to seven feet deep. During pollination, corn requires 1/3 of an inch of water per day for evaoptranspiration, which will decrease to around 1/4 inch per day as grain filling proceeds.


Up to this point during 2012, we have relied on soil water in the profile due to the lack of rainfall. During a normal growing season our three wettest months are June, July and August when we receive about 4 inches of precipitation each month. During 2012, we started the growing season warmer than normal, so plant development is ahead of normal. We have not had much rainfall in southern Wisconsin since the first week in June. Corn plants have used up all of the stored soil water. An indication of this is plants with early morning leaf-rolling.


So, this rainfall  will supply corn plant needs for about 3 to 9 days if there was no runoff. We still need to get at least one inch of rainfall per week through the middle of September to finish the 2012 growing season.