Weather summary for the Arlington and Marshfield Agricultural Experiment Stations

Spring planting during 2011 was challenging due to cool, wet planting conditions, especially in northeastern Wisconsin where planting progress was delayed. Over the entire growing season, growing degree-day accumulations were below the 30-year normal. Precipitation was below average in southern Wisconsin, while northern Wisconsin had above average precipitation. Due to a dry and cool September and October, good grain drying occurred. Little insect or disease pressure was observed in most trials. High winds caused above average plant lodging conditions at dry locations. The killing frost date occurred in October. Harvest grain moisture was lower than normal in all trials, while yields were above the 10-year average at most sites. Fall weather conditions were ideal for harvest and fall farm work.


Figure 1. Growing degree unit accumulation and precipitation at the UW-ARS in Arlington during 2011. 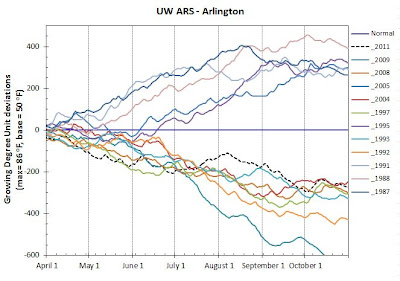 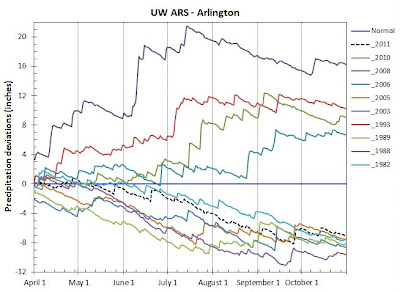 Figure 2. Growing degree unit accumulation and precipitation at the UW-ARS in Marshfield during 2011. 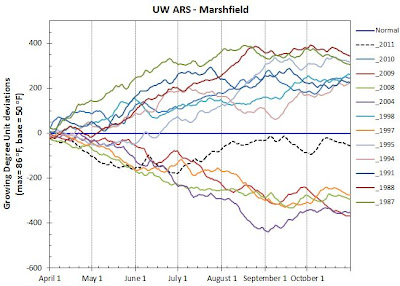 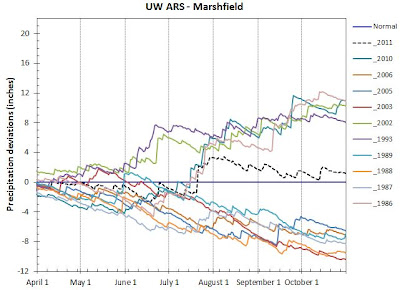